Originally posted on mostmetro.com by Russell Florence, Jr. on Oct. 3, 2018 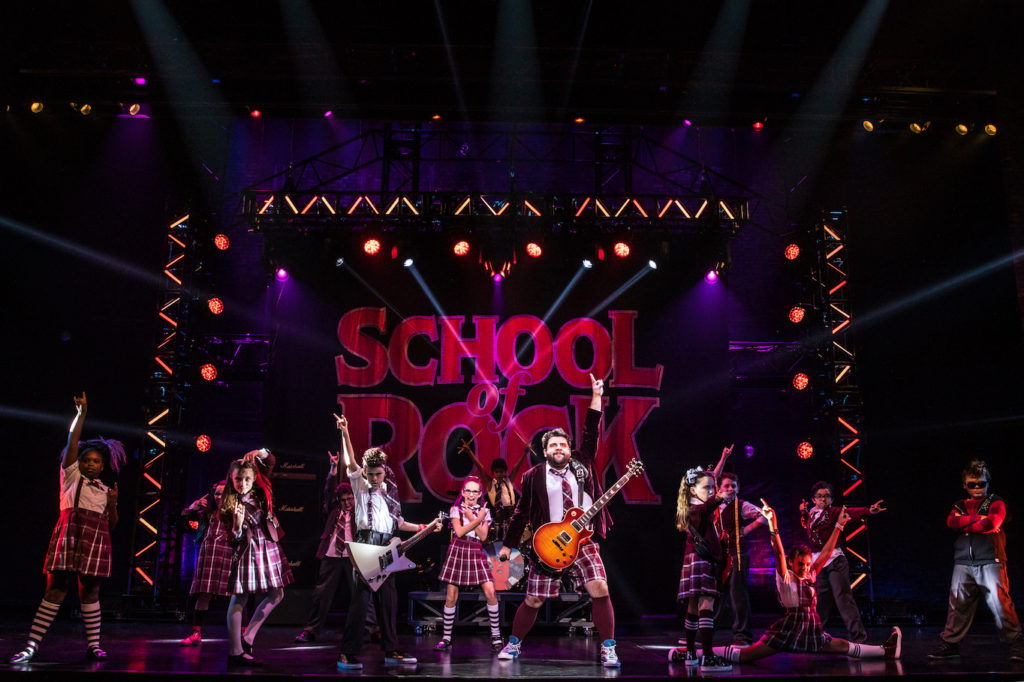 Musical theatre has always had a deep affection for con artists. Whether it’s Evan Hansen overwhelming the Murphys or Harold Hill spinning River City into a tizzy, dubious individuals ultimately finding some sense of redemption at the hands of those willing to forgive is prime fodder for song. Wannabe rocker Dewey Finn is another example of this special con club as evidenced in composer Andrew Lloyd Webber, librettist Julian Fellowes and lyricist Glenn Slater’s charming and tuneful 2015 Tony Award-nominated musical comedy School of Rock, currently receiving an excellent local premiere courtesy of the Victoria Theatre Association’s Premier Health Broadway Series at the Schuster Center.

Based on the 2003 film of the same name starring Jack Black and breezily directed by Laurence Connor, School of Rock applies the tried and true fish out of water scenario to Dewey, who gets more than he bargained for when assuming his sheepish roommate and best friend Ned’s identity when Horace Green Prep School calls for a substitute teacher. He knows nothing about traditional teaching, but is a major aficionado of rock music history which he uses to his advantage. Along the way, his adorably straight-laced and vulnerable students come to realize the importance of rock education while discovering new facets of their inherent purpose and potential as he transforms them into an impressive rock band.

Offering hearty laughs while providing meaningful lessons in acceptance and good parenting, School of Rock is a feel-good winner worthy of many gold stars.